Deborah Newkirk is an award winning coach and educator who has taught the fundamentals of sport for over thirty years. 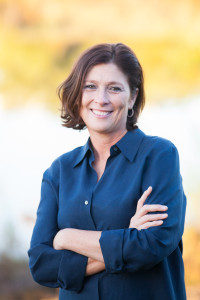 A Kansas native, Deborah Newkirk received her Masters of Science degree from Pittsburg State University. In 1989, Deborah began working for University of Kansas head coach Marian Washington. She later became an Assistant Coach for the University of Kansas and was blessed to be part of a Sweet 16 NCAA Tournament finish in 1999. She has since taught students and coaches in private schools, sports leagues, and youth associations. In 2009 she began Coach ‘Em Up, offering volleyball and basketball training for young athletes in the Austin area.

In 2013 Deborah developed the CEU Certified Coach program to reach more young people through her program. In 2015 she partnered with The Art of Coaching Volleyball to offer skill videos to a national audience, and in 2017 they published her Youth Volleyball Curriculum for years 1-6, a nine week curriculum for youth coaches, PE teachers, volunteer coaches, and gym/sport directors.

Deborah continues to focus on providing resources to youth coaches through training, curriculum development, and tools that she wishes she had as a new coach! Among her favorite projects are Basketball 10,000™ and Volleyball 10,000™, training programs that builds a player’s skill by coaching them through 10,000 drills. Young athletes are introduced to the programs in Coach ‘Em Up camps and clinics and some have returned years later, having completed the program.